Torn between nostalgia and the constant acceleration of everything, two Netflix animations show where entertainment is heading.

Two releases from Netflix in early 2022 have captured a fundamental tension in contemporary culture. On one side of this tug-of-war is nostalgia; the comfort of what’s known – for both audiences and producers – and on the other is the fact that, nostalgia or not, culture will keep moving forward. And now, that movement is in the direction of finding room for new technology – like the crypto boom in 2022 Super Bowl ads – and perpetual postmodernism. More and more, cultural objects exist to be repurposed or remade; from the comic-book-to-blockbuster trajectory that’s consuming cinema as a form, to the continued attempts to adapt video games into successful movies (the latest effort being Uncharted, starring one of the biggest names in the MCU, because of course it is). And so its no wonder that one of these new Netflix shows, taking the comfort and nostalgia of classic animation’s aesthetics, and crashing it into a cultural moment of repurposed self-awareness, is based on a video game.

The Cuphead Show, as the title suggests, is based on Cuphead, the 2017 platforming boss rush game. Cuphead draws its aesthetic inspiration from the golden age of animation; old school cartoons from studios like Disney and Fleischer. Both the game and the series that it spawned are visually intricate love letters to these kinds of animation, in everything from character design and the frantic, constantly layered soundscapes, to something as simple as the opening titles and closing moments of episodes of The Cuphead Show. The logo for the show that appears at the end of the opening title musical number, is a clear aesthetic echo of Looney Tunes, and episodes ending with a circle zeroing in on the characters is just missing the eponymous Cuphead, or his perennially anxious brother Mugman, saying “that’s all folks,” before the ending credits roll.

One of the most fundamental challenges of adapting a game like Cuphead into a TV series is the fact that the game itself is, by design, very light when it comes to character and narrative. The eponymous character and his brother – who, in the game, basically exists as a way to facilitate co-op play – accidentally lose their souls in a game with the devil, and to try and win them back they end up in his service, capturing the souls of those who have tried to escape him. From there, you run, jump, and shoot your way through stunning platforming levels, or against intricate boss monsters – everything from a pair of boxing toads to a giant, weeping plant. The game is difficult, something that in itself has divided opinion, but there’s something of its throwback aesthetic in its difficulty, a gesture towards games that were less about checkpoints, extra lives, and long-term progression.

There are echoes of the source material throughout the early episodes of The Cuphead Show. The first episode sees Cuphead almost lose his soul to the devil, with the visuals for souls themselves lifted straight out of the game, and Mugman returning his brother’s soul acting like a nod to reviving your partner playing co-op Cuphead; when the two brothers run away from the devil through a funhouse, the camera angle and the animation of their jumps feels almost directly lifted from the game itself. The Cuphead Show is full of little nods to the game – when characters appear who are bosses in the game, their theme music accompanies them – and there’s something that feels slyly self-aware about this. While the show doesn’t make direct references to being an adaptation – as opposed to something like Hulu’s reboot of Animaniacs – this is a show that manages to capture both the appeal of nostalgia, and the strange place that culture itself has found itself in. Cuphead and Mugman are more distinctly drawn “characters” here than in the game – the former brash and headstrong, the other a bundle of anxious nerves, a classic comic double act – and its through this that the show is able to explore familiar tropes through the prism of classic animation; one episode sees the brothers – and Elder Kettle, who may or may not be their dad – attempting to raise a baby. Their disagreements over it bring to mind the “chick and the duck” dynamic in friends; this is storytelling that constantly calls back to, or repurposes something familiar, taking on a new, more nostalgic dimension through its aesthetic beauty.

Cat Burglar, another 2022 Netflix animation, takes the visuals of classic nostalgia and, rather than capturing culture through its postmodern storytelling, engages with it through a technological response to storytelling. Written by Black Mirror creator Charlie Brooker, Cat Burglar uses the same high-tech conceit as the Black Mirror film, Bandersnatch. It’s narrative storytelling, but where audience choice matters – in Bandersnatch you had to guide the narrative, but the exercise ended up feeling hollow, in bad faith. Cat Burglar doesn’t try to do anything that weighty; instead it asks a series of trivia questions, and whether or not you get them right or wrong determines whether or not the cat succeeds in stealing a priceless painting from a well-meaning but slightly incompetent security guard dog. It’s nostalgia but made new; using the familiar as a way to test the waters for a new way to tell stories. But it’s when Cat Burglar leans in to the classic animation style that its most effective: comically vast set-pieces; music to accompany every movement and spike in mood. What’s striking about both Cat Burglar and The Cuphead Show is that while their existence captures an increasingly nostalgic culture, it also shows how much of an absence there is for certain kinds of storytelling – especially visually – one of the things that’s appealing about these approaches to animation isn’t just the familiarity that comes with either their look or source material, but also the ways in which they respond to an increasingly stagnant culture. Arguably this is easier for something like Cat Burglar, which aims to tell stories in a way that hasn’t been seen often, but it creates a new tension in itself; how can something like The Cuphead Show, an adaptation of a video game, act as a tonic to a cultural landscape that’s oversaturated with adaptations, reboots, sequels, and “requels”?

Nowhere is this tension more apparent than in the Animaniacs reboot on Hulu, that launched in 2020, and has a third season in production. From the very beginning, it leans in to this cultural landscape; a parody of Jurassic Park – complete with a great Spielberg impression from Andy Milder – sees the Animaniacs being “reanimated,” even though they “haven’t been seen since the golden age of animation.” This golden age, like any precious stone, exists to be mined; and Animaniacs leans into this through the self-awareness that ran through the original series as well. When the title characters reintroduce themselves via musical number, they sing “the trolls will say we’re so passè, but we did meta first,” and arguing that being self-aware about what’s happening makes a big difference: “when we sell out we know we’re selling out, so it’s cool.” Whether or not it manages to be cool is one thing, but what it does is lay the groundwork for this new/old animation that’s come in its wake – these adaptations, highly conscious throwbacks to the cartoons of the past, and shining a light on the kind of cultural landscape that allows these ideas to not only thrive but to try to – ironically – break new ground. After trying out Cat Burglar, its easy to imagine other classic animated duos – Tom and Jerry, or Road Runner and Wile E. Coyote – having their stories told in ways that are directly impacted by the audience. Of course, the question of is this is good or bad is something that remains unanswered; although in many ways, asking the question itself can be half the battle, something that certainly feels like the case for shows like Cat Burglar, Cuphead, and Animaniacs. And when it comes to a sliding scale of self-awareness – with something like Cat Burglar at one end and Animaniacs at the other, and Cuphead a happy medium, full of knowing winking throwbacks but not making these references explicit – that seems to be taking shape in these new-look versions of old animations, its clear that they’re more than willing to question their own existence as well. In an early scene in Animaniacs, the title characters are told that Star Trek is back, that it’s “one of those reboots,” which leads to a reprise and riff on the first musical number that the trio did, with the justification that “we’re part of the age of reboots, so we gotta do it again.” This feels like a cultural moment for animation captured in miniature, the old and the new colliding, in a strange conversation with one another taking place everywhere but the present. Which they’ll do again. And again. And again.

Sam is a writer, and one of the founding editors of Third Way Press. Their writing on culture and identity has been published by Frieze, the LA Review of Books, Neotext, and other places. They have written two books, All my teachers died of AIDS (Pilot Press, 2020), and Long live the new flesh (Polari Press, 2022). 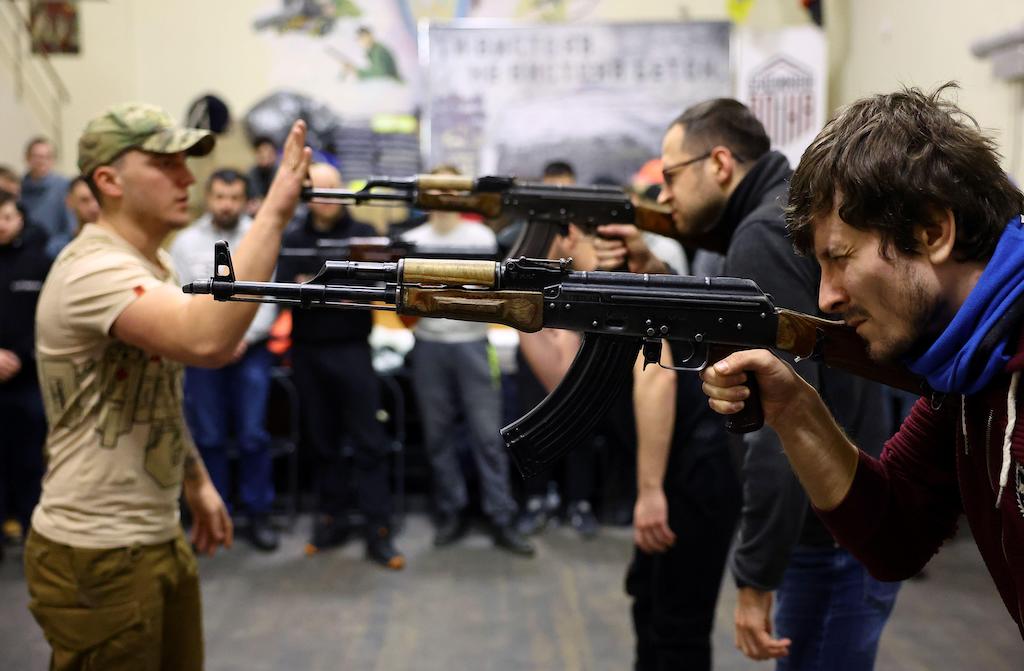